We are pleased to announced that Android version 66 of surespot has been released to the play store beta channel. This version contains major code rewrites in many areas. As such we ask you to please be diligent in reporting any issues to beta@surespot.me.


As always, please back up your identity before installing the new version in case there are issues and we need to revert to v65. Please let us know of any issues at beta@surespot.me.

(If you haven't already, you can sign up for beta testing here.)
Posted by surespot encrypted messenger at 1:39 PM 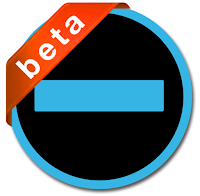 Check back here on our blog for information about new beta versions.

Thank you for supporting surespot!
Posted by surespot encrypted messenger at 11:08 AM

We have released surespot version 65 on Android and 12 on iOS.


We have made changes to our API that are unfortunately not backwards compatible so users will need to upgrade to the new version of surespot to read messages sent with it. There may be a short (4 hour ish window) where the new version is not available for you yet, but is for others who are sending you messages using it. Please be patient and allow some time for Google and Apple to propagate the new version.

Version 64 was short lived as there was a bug on some devices that caused surespot to crash on startup. If you are having this issue on v64 the workaround is to logout of surespot then "clear local cache" from the login screen menu.

This is mainly an interim release to enable a smooth transition to version 66/13, which will be in beta shortly. Version 65 will be the last version to support Gingerbread, and we will be phasing it out after several weeks.


The 66/13 release will have Free Voice Messaging, and include the following new features:


The 66/13 release will also be talking to servers equipped with a new back end with upgrades to socket.io and other node libraries we use which will provide the foundation for implementing the rest of the road map.

Posted by surespot encrypted messenger at 8:02 AM